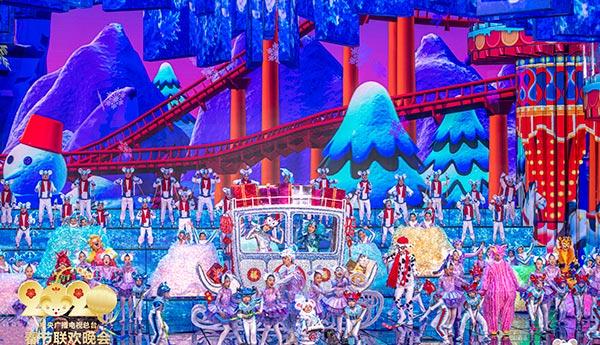 The third round of rehearsal was completed on Saturday in the capital.

The gala will feature a diversity of shows, including singing, dancing, acrobatics, comic sketches and traditional Chinese art forms such as Peking Opera and xiangsheng (cross-talk).

While reflecting the country's achievements during the past year, the gala will also focus on displaying ordinary people's lives from all walks of life.

This year, the gala will have more interactive programs with the audiences, which will be a highlight.

Since 1983, CCTV's Spring Festival Gala has become one of the most-watched shows of the country and attracts millions of audience from China and overseas Chinese audience.

The lineup for the gala is a highlight galas it usually gathers veteran artists and rising stars, who dominated the movie and music scenes during the past year.

Detailed information for this year's gala will be released soon.